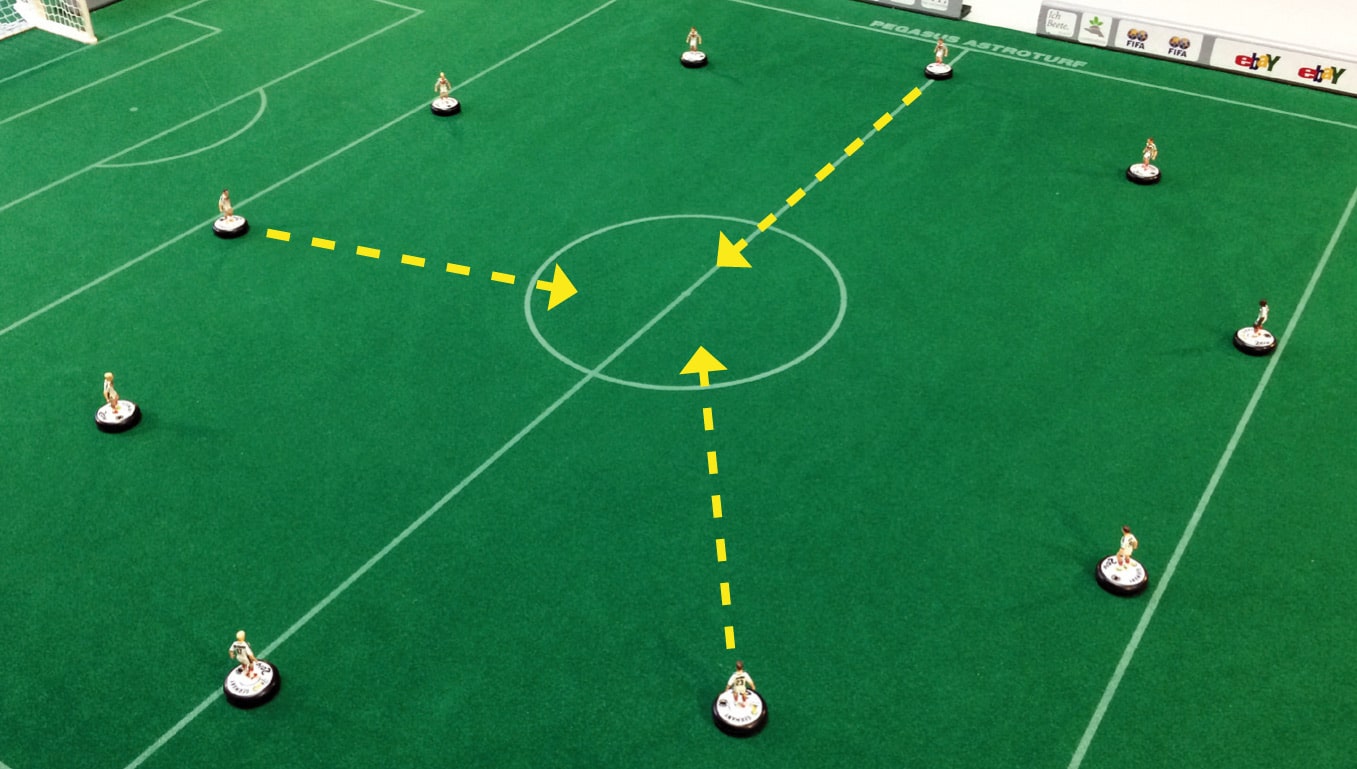 Place five Subbuteo defenders on the shooting line and five attackers 20 cm in front of them. Flick the defenders as close as possible to the attackers, without touching them. [Three stages with more distance.] 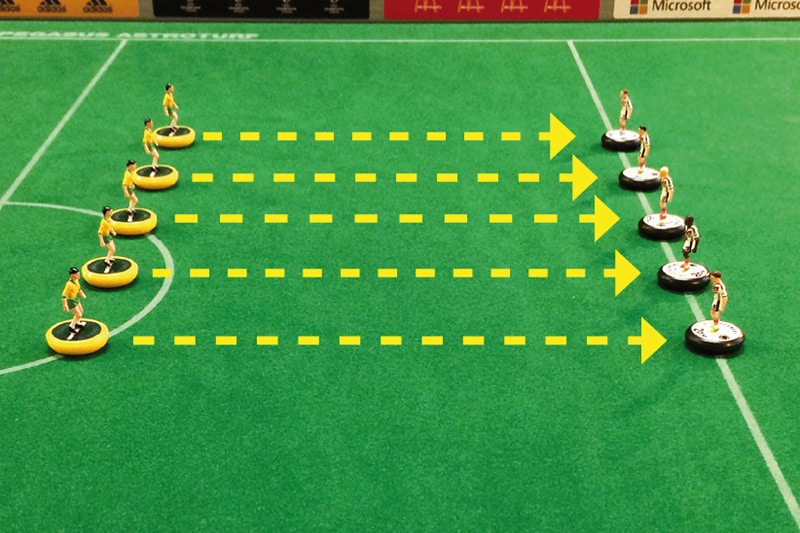 Flick the Subbuteo ball with short passes across the pitch and back again. Be careful not to commit fouls. [Three repetitions.]

In the shooting area

Put six Subbuteo balls on the center line and flick them with attackers directly into the shooting area. [Two stages, then two stages into the penalty area.] 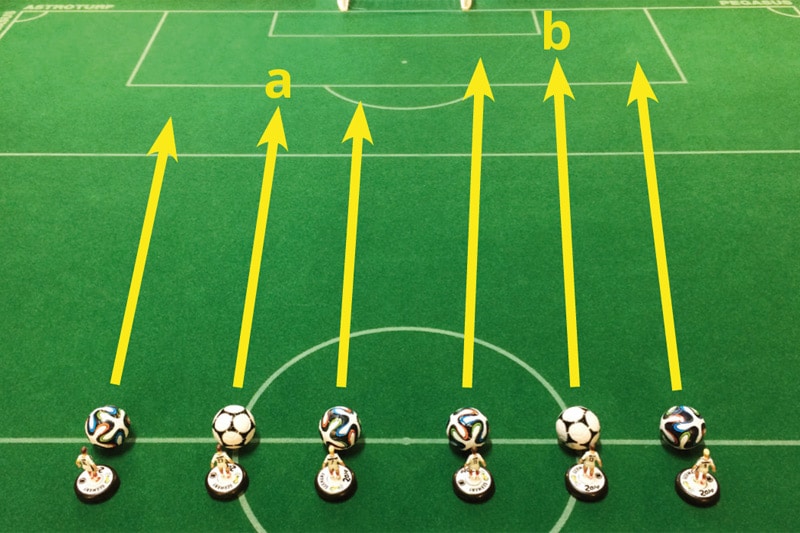 Flick five balls with attackers from the Subbuteo shooting line into the goal – shoot high and low, left and right. [Four stages.] 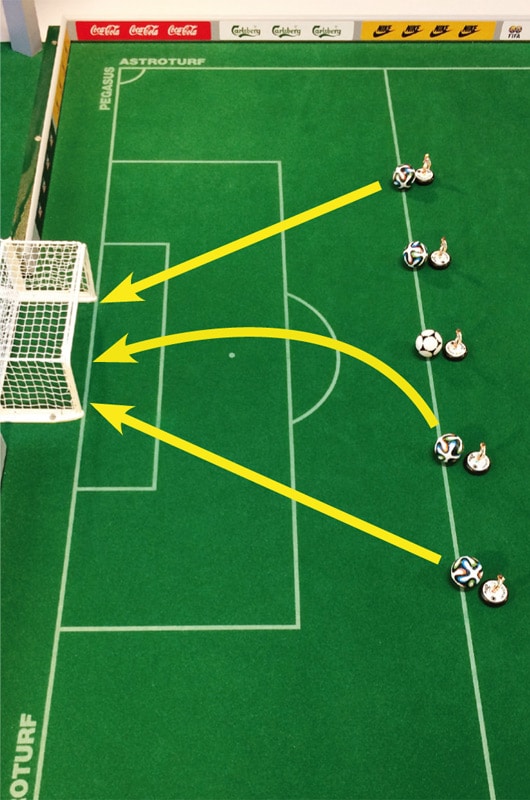 Like exercise no. 5, but with five defenders a few centimeters behind the Subbuteo ball who will block your shots. 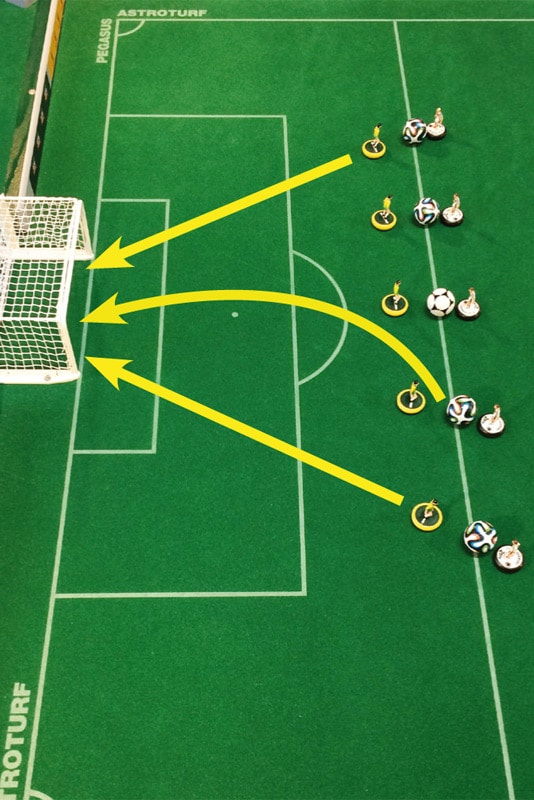