“Everything is practice”, Pelé once said. “Success is no accident. It is hard work.” So get your pitches out and start a training session today! I added three new exercises on the blog:

Just a quick 1-2-flick that looks easy but should be practiced again and again and again: Place the ball on the shooting line and flick it with your attacker to a perfect angle so that the ball is shootable afterwards.

I call this exercise “The Maze” because it creates a very crowded pitch with a static barrier at the shooting line and ten defending players additionally. Place them as shown in the preview below. Then try to shoot a goal with only five attackers, complying with all the given Table Football rules. Be careful and avoid to touch a defender with the ball. [If you’re an advanced player, add more and more defenders in the next stage to make it harder to get out of the maze.]

This exercise combines my drills “Touching” and “Marking Players”: Put five figures of each team on the opposite shooting lines and five balls close to the center line as shown below. Then flick the five attackers so that they touch one of the balls easily.

Now flick the five defenders as close as possible to the attackers, without touching them. 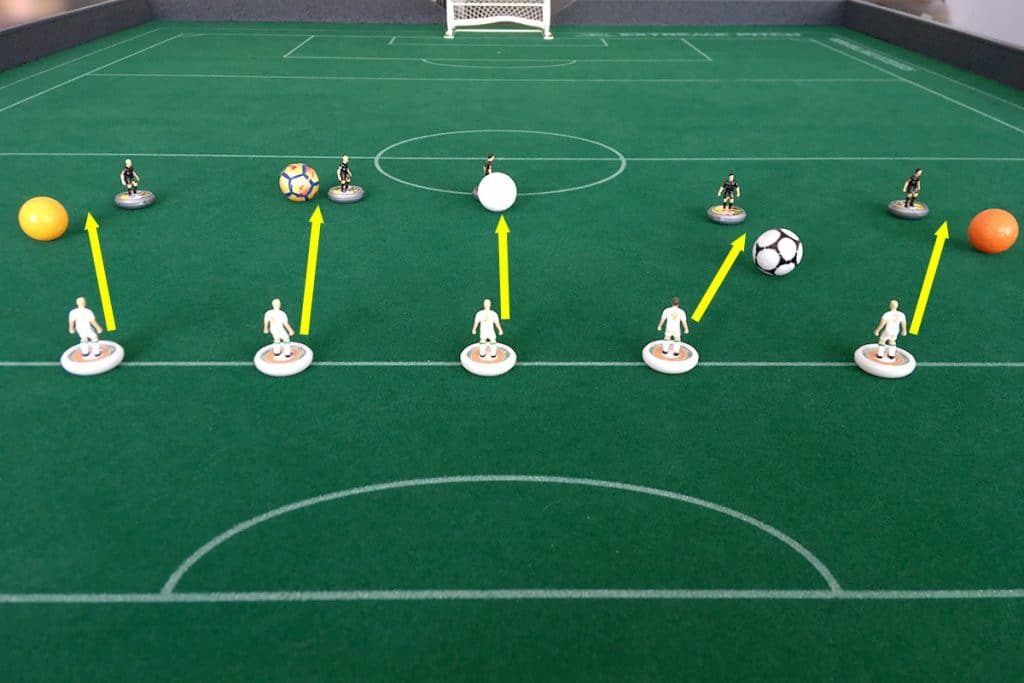 Perform the best defense flick that is possible – sometimes the defender should end up between attacker and ball, sometimes the best position is directly in front of the ball. 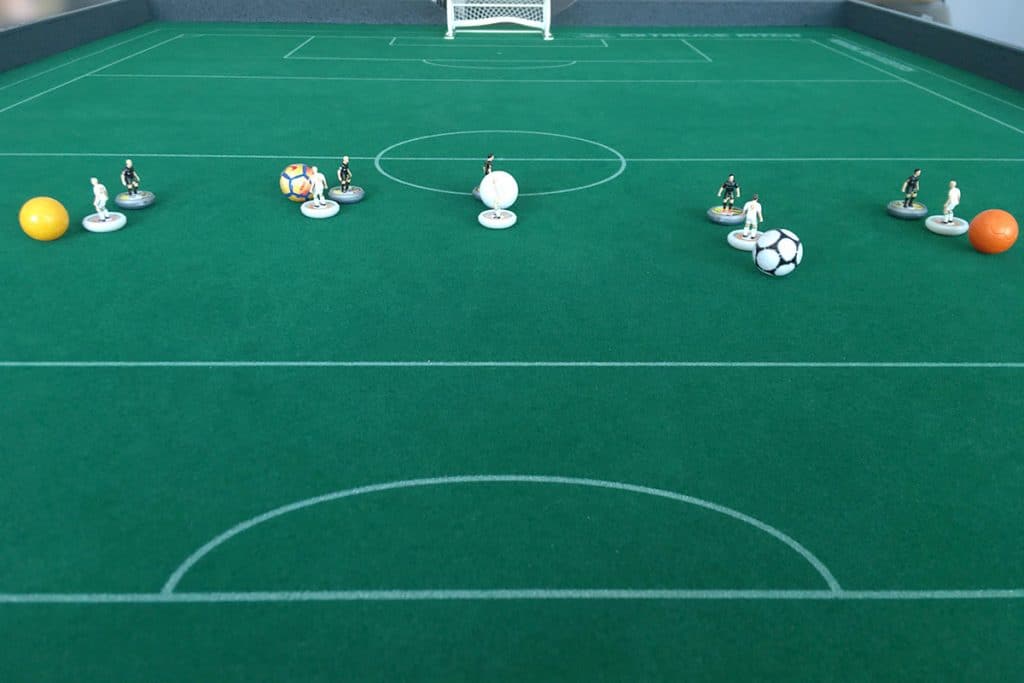