Let’s have a closer look at the games of the best players. Which Subbuteo tactic leads to success? Which strategic mistakes should be avoided? 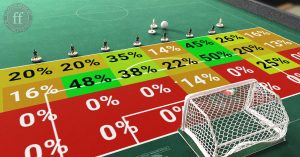 While watching several Subbuteo Table Football games on YouTube, I got to know the shooting habits of some of the top players. But I wanted to go deeper and started a Subbuteo shot analysis of at least 500 shots. Here’s what I found out.
Read more 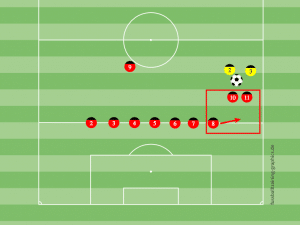 In this episode of Flicking Forever’s tactic school, I analyze how Table Football champions line up when their opponents flick off. Learn how the classic 7-3-0 and other formations can build a strong defense.
Read more 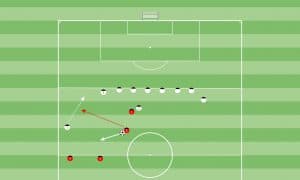 In the first episode, we will have a closer look at the opening flicks from Carlos Flores. See how the Spanish World Cup winner needs not more than 10 flicks within 12 seconds until he takes his first goal shot.
Read more

Do not forget to subscribe to my newsletter and never miss a new episode again.